Walk Confidently With One of The 7 Best Chelsea Boots Today! 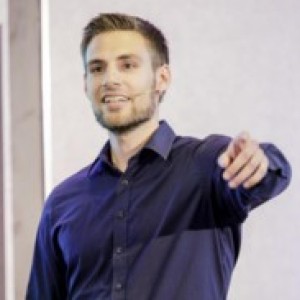 Ahh, the Chelsea boot. Many fashionable men have witnessed just how intimidating and socially uplifting this iconic piece of footwear can be.

It’s no wonder the Chelsea boot has withstood the test of time to remain an unquestionable symbol of power and class in social settings.

If you don’t have a fancy pair sitting majestically in your closet, then what are you waiting for? It’s about time you invested in a few…

With Chelsea boots, one is never enough. Indeed, some of the biggest names in Hollywood can attest to this. We’re talking the likes of Mick Jagger and Kanye West; who on numerous occasions have been spotted rocking some of the finest pairs in the market.

And with the recent revival of Chelsea boots among millennials, I thought it best to review some of the cherry pickings for this weekend’s escapades. Here are the most notable pairs from the list!

No doubt one of the most elegant Chelsea Boots today, Bruno Marc Bergen pays homage to the classic Victorian era. You can order this boot in several attractive colors including Dark Brown, Brown, or Black. Upon your first fit, you will find that it is quite stylish and comfortable. The only downside is its durability; not the longest-lasting shoe in the market.

Do you have an insatiable desire for eccentric living? Then Frye Men’s Greyson Chelsea Boot might be what you need. Crafted from high-quality deerskin leather, these Chelsea boots are elegant and sturdy. But because of their hefty price tag, I advise you not to don these beauties on a rainy or snowy day.

Best Bang for Your Buck

So, you want to stay on top of your shoe game, but your finances are tight? Not to worry, the Globalwin 1638 Chelsea Boot is made for you. Despite its attractive design, it’s one of the cheapest Chelsea boots in the market. If you don’t mind a few wear and tear mishaps down the road, then this is a shoe worth having in your closet. Just make sure you have a cobbler on speed dial!

The Chelsea boot is a Victorian classic that’s remained relevant even in the 21st Century. Regardless of how advanced we become as a society, nothing beats our undying love for class and royalty.

So there’s a lot you need to keep in mind when shopping for Chelsea boots. For example, what type of boots do you plan to buy? What is your preferred material? What colors will match well with your wardrobe?

One does not purchase a Chelsea boot without any knowledge. That’s why I’ve written a detailed guide to answer some of the most burning questions regarding Chelsea boots.

Indeed, I’ll provide answers to all the faqs mentioned above. But first, let’s review the seven best men’s Chelsea boots currently on the market!

Are you looking to relive the Victorian era, albeit on a tight budget? Well, you might want to try out the Bruno Marc Bergen Chelsea Boot. You can buy this iconic piece of footwear either as a lace-up or style slip version, depending on what suits your preference.

In terms of color, you can order between Dark Brown, Brown, or Black.

Onto durability, this shoe is designed with a sturdy rubber layer to keep your foot secure while you’re out and about getting things done.

Don’t feel tall enough? Not to worry, a 1-inch wooden heel elevates you head and shoulders above the rest as you display your exquisite taste in fashion.

“A Seamless Integration of Fashion and Class”

Why I surely wouldn’t write a review about boots without mentioning the icon himself, Kenneth Cole? The man behind the brand has an inspirational story that will undoubtedly motivate you to chase your dreams regardless of any financial adversity.

Kenneth Cole began selling shoes in the 1980s using a borrowed truck and his unwavering will to eventually succeed in the shoe industry. His dedication and determination are what birthed The Kenneth Cole Reaction Chelsea Boot. Indeed, this is the ideal boot that blends fashion with functionality thanks to preciseness in construction.

You can purchase the boot either as classic leather, which you will have to clean regularly, or suede. There are over four color variants ranging from Dark Taupe, Brown, Black, and Cognac.

Add a high-quality footbed to the mix, and these shoes are not only a fashion must-have but a cushion for your feet too!

“The Boots to Make You Look Dapper!”

An exquisite offering currently in the market, the Cole Haan Grantlan WP Chelsea Boots come with exceptional features; the most notable being its leather sock lined EVA footbed.

These shoes also boast a sturdy, waterproof outsole that ensures they remain durable for years to come.

We highly recommend you rock these babies for casual rendezvous; because you will look dapper than Scott F. Fitzgerald in the roaring ‘20s!

”For Men That Loves The Classics!”

Manufactured from some of the finest and softest textured suede in the market, the Clarks Clarkdale Chelsea Boots strike the perfect balance between sophistication and comfort. Pleasing to the eye, these boots can be purchased with either an urban grey or dark brown texture.

To ensure they fit perfectly, these brown Chelsea boots have a stretchable side gore for easy slipping after a long day.

An additional rubber and leather sole provides you with a tough albeit clean construction.

“A Boot That Does All The Talking At Social Events”

Fashioned out of some of the finest high-quality leather, Frye Greyson Chelsea boots are no doubt a vintage pair to have in your closet. For starters, you can purchase them with an intense cognac color that boldly declares your elegance in any social gathering.

In terms of durability and comfort, these black Chelsea boots are crafted with a dual elastic gore.

This ensures your feet are positioned correctly as you go about your day-to-day activities.

“Chic Boots For with Maximum Comfort”

In its earlier years, UGG Badvin mostly dabbled in beach gear. However, the company has gradually moved into manufacturing stylish boots. The UGG Badvin Chelsea Boots is one of their most prized releases.

These particular boots are super comfy, and they feel like you’re donning slippers instead of a dress shoe. That’s because the inner section of the shoe is padded with sheepskin lining.

Designed with the latest in Treadlite technology, these Chelsea boots ensure you walk comfortably regardless of the distance you plan to cover.

If you’re the type of guy who loves to update his wardrobe but on a strict budget, you might want to purchase the Globalwin 1638 Chelsea boots. Despite their synthetic construction, these boots still boast a stylish finish.

As for durability, the boots are designed with a non-skid outsole to toughen them up and to enhance the shoe’s grip. As for comfort, the interior of the boot is cushioned to relieve pressure from the foot.

Before committing yourself to purchase a Chelsea boot, you must know the exact measurements of your foot. There is nothing worse than buying a new and expensive boot only to find that it is too small and you have to squeeze your foot to get it right!

Ideally, you should narrow your search for the best boots down to fit, function, and form. Once you’ve figured out these three components, there’s no doubt you’ll be able to buy yourself a lovely pair of well-crafted Chelsea boots for men that will look great for years to come.

With that said, here are some FAQs regarding Chelsea Boots shopping.

So, what Are Chelsea Boots?

If this is your first time enhancing your gentleman swag, then you must discover the beauty of Chelsea boots.

Historically, these boots first made an appearance during the Victorian era in England. J Sparkes-Hall is greatly attributed to having been the first maker of the shoe. Mind you; he was a highly revered bootmaker for Queen Victoria!

However, it was not until an American inventor patented the process of vulcanizing rubber that Chelsea boots were mass-produced and their popularity skyrocketed amongst the elite.

In fact, it was during the Golden ‘60s in London that Chelsea boots gained international recognition as trendy fashion footwear to have in your closet. They are now available to all and sundry at reasonable prices.

Which begs the question; how can you tell the difference between a Chelsea Boot and other boots in the market? Well, there are several discernible features to look out for.

Chelsea boots are characterized by a low heel, rounded toe, and short ankle length. As for the regular boot, it has a high heel, sharper toe, and longer ankle length.

Additionally, Chelsea boots also require plenty of attention in terms of maintenance. You can check out our complete guide to cleaning shoes to get you started.

Do You Know How to Wear Chelsea Boots?

Chelsea boots are some of the most versatile footwear options on the market. They come in a myriad of colors, with the most common being Burgundy, Black, or Brown.

The boots can be manufactured either as suede Chelsea boots or from high-quality leather.

Depending on the color of shoes you purchase, you can match your Chelsea boots with practically any outfit in your closet. There are, however, some major fashion faux pas with Chelsea boots. We’ve discussed them in full detail in our guide to wearing Chelsea boots.

If your Chelsea Boot is brown, then preferably complement it with a lighter suit; which goes to show just how flexible and fashion-friendly this boot is!

But it doesn’t end there…

Don’t forget the Chelsea boot has always been a fashion favorite for the biggest names in the rock n roll fraternity. So, don’t be scared to spruce up your style with different customized pairs!

Can You Wear Chelsea Boots to Work?

Yes! The Chelsea Boot is a fantastic footwear option to rock to work, especially if it’s during winter and you need to keep your feet warm. Of course, we do advise that you stick to your office dress code if there’s any. Nevertheless, Chelsea boots will undoubtedly leave a lasting impression, especially if you just joined the company or shifted to a new department. Why not leave a remarkable first impression, ey?

Hands down the Bruno Marc Bergen is currently my favorite leather Chelsea boots.  As you know, Chelsea Boots are quite expensive. And to find a boot that strikes the perfect balance between affordability and quality, well it must have been sent by the gods! Plus, the ability to choose your preferred color means that you can buy a designated Chelsea boot for a given occasion!

The 5 Best Lightweight Jackets to Get You Through Fall

Write Your Way To Glory With The Best Mechanical Pencil

The 9 Best Stopwatches for High-Performance Training